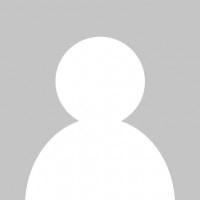 The producers of Ambulance take their cameras into the maturnity hospitals of Birmingham to share the stories of the parents bringing new life into the world and witness the joys and heartbreak of childbirth.

Harold Shipman: Doctor Death (WT)
Wild Pictures for ITV1 1 x 60min
Ten years after Britain’s most prolific serial killer took his own life in prison, this film meets the detectives who put him behind bars, the local journalists who broke the story and the families of some of his victims.
P/D Jonathan Jones, Exec Producers Tom Anstiss and Paul Hamann. TX TBC

Jazzie B’s 1980s - From Dole to Sole
1 x 60mins BBC2
Soul II Soul front man Jazzie B tells his story of the 1980s, when he went from being a teenage DJ at north London house parties to creating one of the most iconic bands of the late ‘80s.
P/D Matt O’Casey, Exec Producers Paul Bullock and Ryan Minchin. TX November 2016

Britain’s Oldest Crooks
Wild Pictures for ITV 1
The fastest growing group of people in Britain’s jails are the over 60s. This ob-doc takes a light-hearted look at six of them.
P/D Richard Wyllie, Exec producer Paul Hamann

The Nation’s Favourite 1970s Song
Shiver for ITV1
A countdown of some of the classic floor fillers from music’s most diverse decade.
Exec Producer Mark Robinson

Plus Tubular Bells
Tigerlily Films for BBC Four
RTS Award Winner 2014
In a feature length documentary Mike Oldfield tells his very personal story of the making of a ground-breaking 1970s album and the personal trauma that followed his rise to fame and fortune.
Director Matt O’Casey, Producer Natasha Dack

Call Security
Wild Pictures for BBC 1
There are now twice as many private security guards in the UK as there are police officers. This film follows them as they keep us safe in our homes, our workplaces and on the streets.
P/D Richard Wyllie

Can You See The Real Me: The Making Of The Who’s Quadrophenia
Globe for BBC4 + US cinema release
in a feature length documentary, music giants Pete Townsend and Roger Daltrey tell the true and troubled story behind the making of a classic 70s concept album.
P/D Matt O’Casey

I Was There When...The Beatles Played The Cavern
Shiver for ITV1
A one-off documentary featuring first hand testimony about the early days of the Fab Four and the club they played 292 times.
Producer: John Piper. TX January 2011 - Avid MC