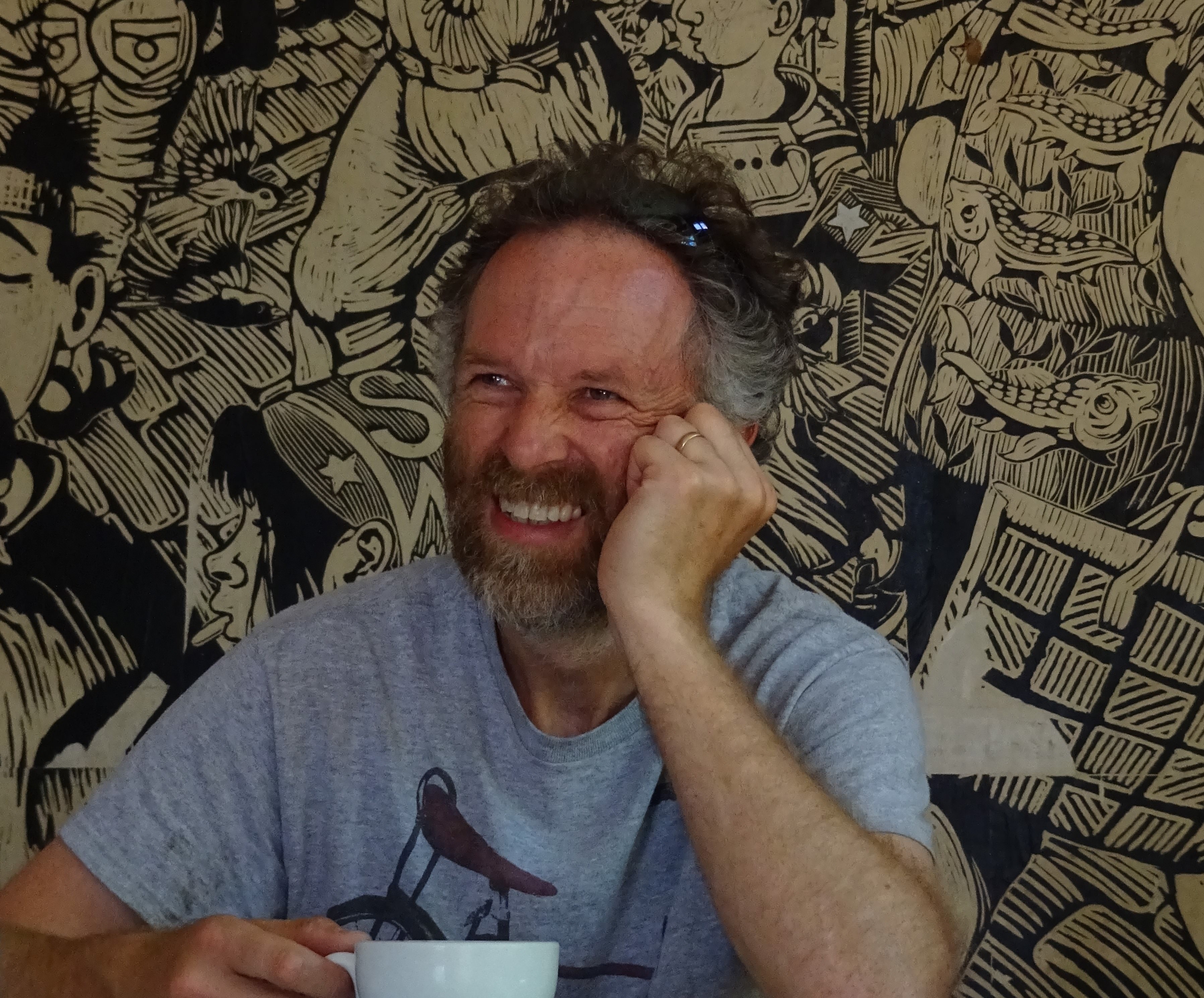 
Secrets Of The Queen’s Coronation    1x60'/2022
A behind-the-scenes look at the momentous day. Features memories and anecdotes from people who played key roles at the celebration, some speaking publicly for the first time.
PD: Emma Slifkin  Execs: Andy Dunn, Will Smith   ITN Productions for Channel 4

The Mysterious Murder Of Ann Heron   1 x 120′ /2022/ ITN Productions for C5
This feature length documentary reveals evidence, interviews, and accounts about one of the UK’s most mysterious unsolved crimes. The film has an in-depth interview with her husband, Peter, who remains a suspect in the murder of his wife over 30 years ago.
EP: Melanie Hill  SP: Nick Broughall Exec: Caroline Short

The Sinking Of The Costa Concordia: Secrets Of The Wreck  2021 /1 x 60' / Channel 5
The story of the most infamous cruise ship disaster this century. Episode 2 concentrates on the aftermath of the tragedy, why the vessel sank, and ultimately who was at fault. Eye witness testimonies and expert analysis provide a powerful telling of this nautical catastrophe.
Prod/Dir: Karen Selway, Exec: Nathaniel Lippiett. An ITN Productions film for Channel 5.

Nelson: Britain's  Great Naval Hero 2020/1 x 120'/Channel 5
A fresh look at the life and feats of what was the most famous man in Britain at the turn of the 19th Century. The long format allowed an expanded exploration of the context of Britain’s role in world trade and conflict. This did well for the channel, one of three films about notable Britons.
SP/PD: Karen Selway  Executive Producer: George Waldrum for ITN Productions

Inside Aldi: Britain's Biggest Budget Supermarket 2019/45'/Channel 5
A look how the German supermarket has succeeded in the UK over the years as it overcame hostility in the industry and old-fashioned snobbery to win the public's affection with its discounted goods.
PD: Sian Salt  SP: Keir Mackenzie  Elephant House Studios for Channel 5

Jesus' Female Disciples: The New Evidence  2018/47'/Channel 4
The traditional story of the birth of Christianity is dominated by men, but were female disciples actually crucial to Jesus' mission? And why has the role those women played disappeared from history?
Dir: Anna Cox  Exec Producer: Jean Claude Bragard for Minerva Media

China: Time of Xi  2017/1x60'/Discovery Asia
Part of a series focussing on Xi Jinping's China, it's place in the world, and what the future might hold. Multiple presenters and a raft of renowned international experts are our guide.
Producer: James Miilar, Exec: Liz McCleod for Meridian Line Films

Genius of the Modern World: Nietzsche 2016/60'/BBC4
Part of Bettany Hughes' series on 19th century thinkers who helped shape thought and politics to this day. Nietzsche was the philosopher who declared 'God is Dead', and devoted his efforts to finding a system of morality and fulfilment to fill the void. An attempt that was misused by the Nazi's to terrifying effect.
Dir: Anna Cox, Exec: David Upshal for BBC Productions

Elvis: That's All Right Mama, 60 years On 2014/60'/BBC4
Sam Palladio hosts a musical tribute to Elvis Presley, 60 years to the day from when he recorded his first single. Tracing Elvis's story from Tupelo to Graceland, there are also performances of the finest Elvis tracks from the likes of soul legend Candi Staton, LA duo the Pierces and country star Laura Bell Bundy.
Dir: Jonathan Mayo. Exec: Phil Critchlow for TBI Media

Sacred Wonders of Britain Ep 3 2014/60'/BBC2
Neil Oliver looks at the story of how our island has been shaped by belief - from the end of the Ice Age through to Henry VIII's Reformation in the 16th Century. Dir/Prod: Graham Johnston. Ser Prod: Martin Kemp
Nominated for RTS NW Best Factual Series 2014

Byzantium: A Tale of Three Cities  Ep 1  2013/60'/BBC4
Simon Sebag Montefiore tells the history of one of the greatest holy imperial cities, and its transformation from Byzantium to Constantinople to Istanbul. Prod Dir Anna Cox. Exec Prod: Mike Smith

The Story of the Swastika 2013/30'/BBC1
The history of the swastika from ancient religious symbol to Nazi insignia. Modern efforts by Hindus to reclaim it for their faith. Additional editor.

The Most Dangerous Man in Tudor England: Tyndale 2013/60'/BBC2
Melvyn Bragg's film on the martyred translator of the Bible into English. Part of the Tudor series of documentaries for BBC2
Dir: Anna Cox. Exec Prod: Mike Smith.

Rome: The Making of a Holy City 2012/60'/BBC4
Simon Sebag Montefiore views the Eternal City from the perspective of its pagan past, which informs its layout and rituals that are still seen today.
Dir: Anna Cox.  Exec Prod: Mike Smith.

Great British Islam  2012/30'/BBC1
Documentary about the British Victorian and Edwardian converts who found ground-breaking ways to dispel suspicion and prejudice towards Muslims, prevalent in the late 19th Century.

Jet! When Britain Ruled the Skies 2012/60'/BBC4
After the war, Britain had an aircraft industry ahead of its time, producing ground-breaking jet aircraft, and this is the story of these machines, and the men that flew them. Dir: James Millar  Exec Prod: William Lyons

How God Made the English 2012/60'/BBC2
Diarmaid MacCulloch on the bearing of religious belief on the history of the English character, from Bede to Blair. Dir: Anna Cox

Jerusalem: The Making of a Holy City 2011/60'/BBC4
Part of Simon Sebag Montefiore's series on a city that has changed hands so many times, that it bears a wealth of stories, architecture and symbolism for countless people through history . Dir: Karen Selway. Exec Prod: Bill Lyons.

What's the Point of Forgiveness?   2011/60'/BBC1
Historian Bettany Hughes looks at the concept and practice of forgiveness from pre-Christianity, through the Crusades and Reformation, to modern examples including Truth and Reconciliation in South Africa, and the 9/11 attacks. Dir: Jonathan Mayo.

Churches: How to Read Them         2010/3 x 30'/BBC4 - BBC2
Writer Richard Taylor looks at the symbols and artefacts found in British churches, and relates their meanings to the wider social history of the country.

Good Friday: The Day Jesus Died    2010/60'/BBC1
Historian Bettany Hughes looks at the changing way that this most significant of Christian events has been interpreted through the centuries.
Nominated for RTS 2010 Craft Award for Post Production
Shortlisted for Radio Times Award, Sanford St Martin Awards

How To Live A Simple Life      2010/60'/BBC2
Peter Owen Jones takes to the road, begging for food and accommodation, as part of a series in which he abides by the rule of St Francis, and lives without money. Dir: Rob Cowling. Series Prod: Graham Johnston.
Nominated for RTS 2010 Award for Best Factual Series

'1984: A Sikh Story'   2010/60'/BBC1
25 years ago, the storming of The Golden Temple, most sacred to Sikhs, by the Indian Army led to protests around the world, and the assassination of Indira Gandhi. Sonia Deol unravels the harrowing events of this year. Merit Award, Sandford St Martin Trust 2010.

'The Muslim Tommies'  2009/30’/BBC 1
The story of Indian Muslims who fought for Britain on the Western Front during the First World War, based on their surviving letters home. Dir/Prod: Rob Cowling. Executive Prod: Bill Lyons

Gandhi: The Rise to Fame      2009/60'/BBC2
Episode 2 of 3. Mishal Husain traces the life and mission of this most famous of 20th century figures. Episode 2 follows his practice of Satyagraha in India, and the dramatic impact of the Salt March on his campaign.

Summer at Helen House 2009/60’/BBC 2
A single episode update to the award winning series Children of Helen House, following life at the pioneering Oxford children’s hospice. This film tells the stories of four families living with children needing care from the hospice and its team. Prod/Dir: Jonathan Mayo
This film achieved the highest ever AI (Audience Appreciation) rating (93%) of any peak time BBC2 programme.

The Truth About Carols 2008/60’/BBC2
The composer Howard Goodall traces the history of carols, from plainchant to Victorian Yuletide mania. Features plenty of great music performances, in some interesting locations. Prod/Dir Jonathan Mayo

Blackpool Medics – 10 Days in May 2007/30’/BBC1
Ob-doc series following Blackpool’s A+E, air ambulance and hospital staff as they deal with the varied situations thrown at them by the mix of local and holiday populations. Series Producer Jim Booth.

Amazing Grace – The True Story of the Song 2007/50’/BBC1
To coincide with the anniversary of the abolition of the transatlantic slave trade, this film tells the story of the former slave trader John Newton who went on to write this most famous of hymns, whose words only met their famous tune seventy years after his death.
“A fine documentary” The Times.

The Lost Gospels 2006/90’/BBC4
Peter Owen Jones travels the Middle East, Rome and England in search of evidence for the seventy or so texts that could have been contenders for a place in the New Testament, but were deemed too heretical or politically inconvenient. Prod/Dir Anna Cox

The Dead Sea Scrolls 2006/90’/BBC4 - BBC2
Sixty years after their discovery by a goat herder and his uncle, these 2000 year-old documents are the earliest written copies of the Hebrew Bible. Rageh Omar looks at their story, with its attendant political and religious intrigue, treasure hunts, cover-ups and modern scientific assessments. Prod/Dir Jonathan Mayo

The Miracles of Jesus 2006/60’/BBC1/Discovery
Episode 2 of the three part award-winning drama-documentary on the meaning and influence of the miracles on Jesus’ followers, then and now. A high-end drama production, paired with ‘timeslice’ effects for the miraculous events, gave new interpretations to these famous Gospel stories. Presented by Rageh Omar. Prod/Dir Anna Cox
Gold Award for Best Documentary –Christian Broadcasting Council

Why Do Bad Things Happen to Good People? 2005/50’/BBC1
Four stories of people whose lives have been thrown off the rails by dramatic events. From suffering a missing child, to contracting a debilitating disease, all these people have been forced to ask ‘Why Me?’

Jason and the Argonauts 2004/60’/BBC1/TLC
As half of the Greek Gods and Goddesses series, this dramatisation of Jason’s journey to find the fleece (and get the girl) features all our favourites - clashing rocks, singing sirens and a fire-breathing dragon. This production also lays some modern thinking on the facts behind the myth. Prod/Dir Jean Claude Bragard

To Hell and Back 2001/50’/BBC1
A documentary with dramatic reconstructions presented by former hostage John McCarthy on the lives of four people faced with the dilemma - revenge or forgiveness? Dir/Prod Jonathan Mayo
Award Winner - Royal Television Society 2001


The Curious Incident of the Dog in the Night-Time: From Page to Stage
Producer: Andrea Gauld
Nominated RTS NW Awards 2014 Best Learning or Education Programme
Curriculum Bites: RE  240 mins/BBC Religion 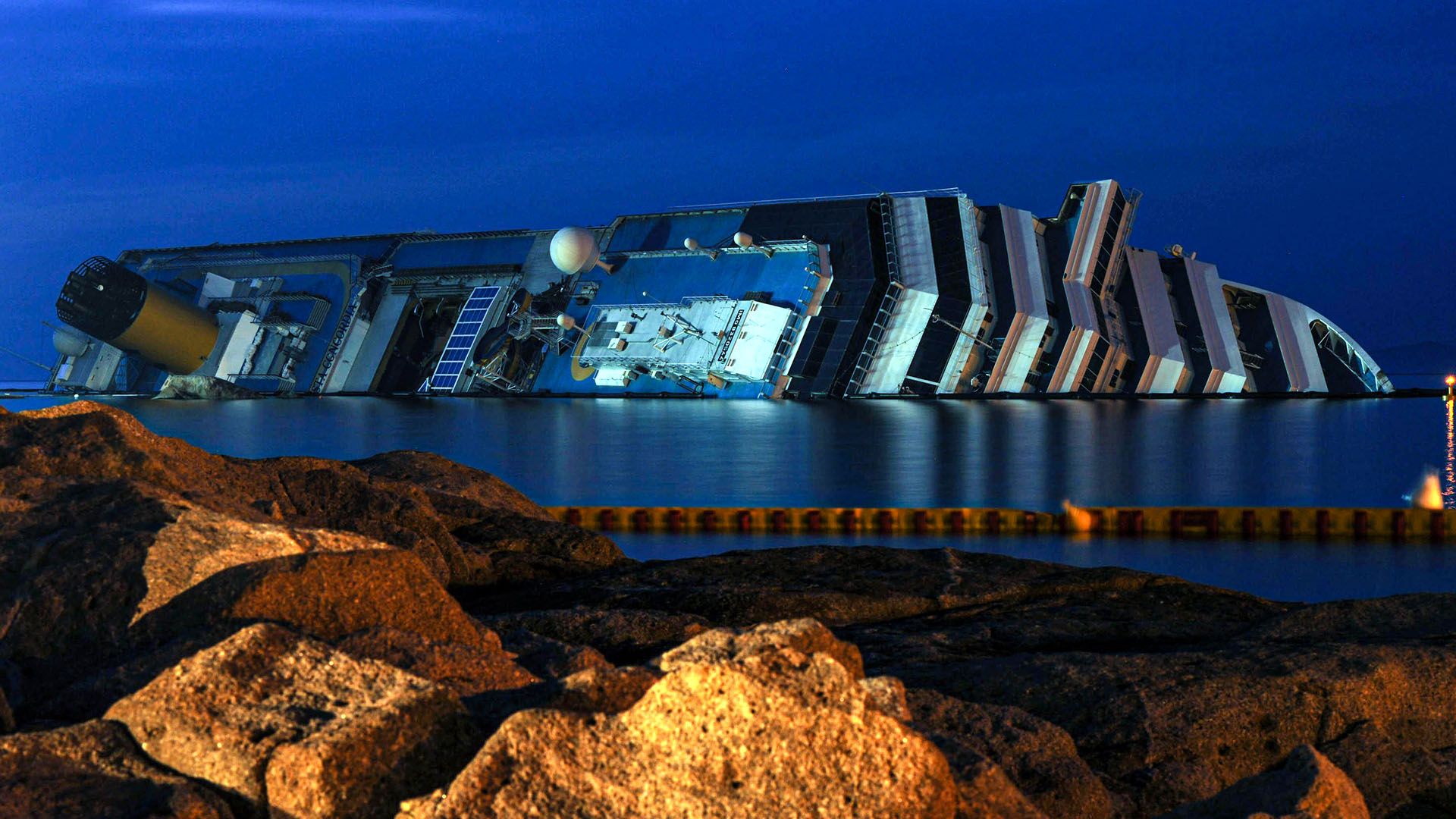 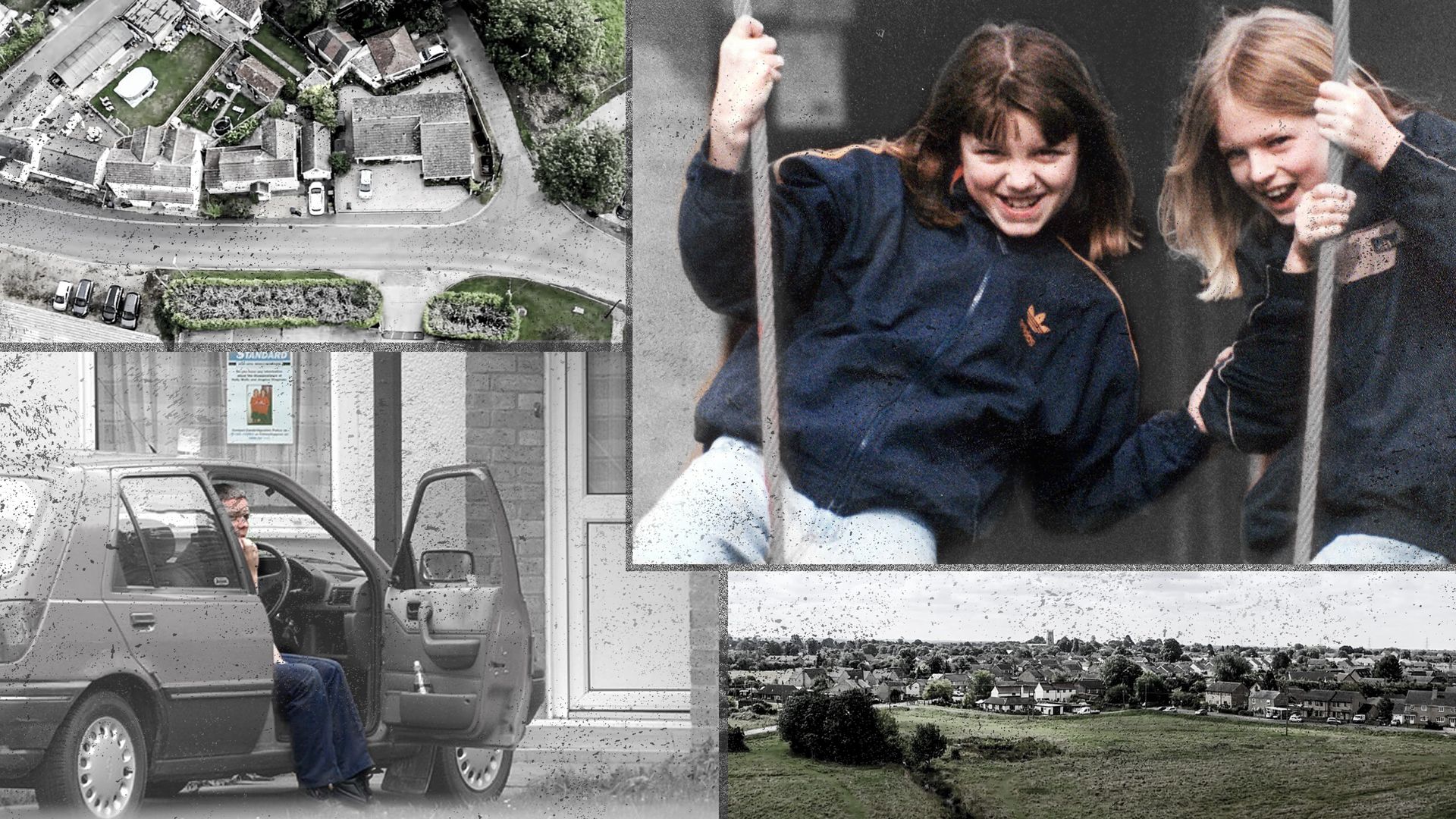